A CONVERSATION WITH JORDY SMITH

Jordy Smith’s consistent and powerful approach to riding waves is quick to identify. He’s been recognized as one of surfing’s true talents from an early age, building up a mean track record of video parts and contest finishes throughout the years. With that being said, I wanted to know more about his life outside of the water. Here’s a brief conversation with Jordy Smith…

A CONVERSATION WITH JORDY SMITH

So you grew up in Durban (South Africa). What years were you in high school?

What kind of music were kids listening to? Do you remember when you got into music?

A Lot of rap I think… In South Africa, a lot of the people are pretty conservative. I was fortunate enough to travel and was exposed to different music on the road. But I was into Lil Wayne! (Laughs)

Yeah, that was a rad era for him. The Carter One, Two, and Three are classics! Was that the first time you were conscious of music, just from school and being on the road?

Well, in the early days my dad played a lot of INXS and Simple Minds. Just rock bands… Gun’s and Roses, those kinds of eighties bands. All that was played in the car. Back then it was just tapes.

Yeah, INXS rips! Were you stoked on that stuff?

Oh yeah, I loved it! I still listen to all that stuff today. It holds up for sure. Super good.

So what have you been into lately?

A bit of everything really… just not death metal or stuff like that. And I feel like rap is in a shitty stage, to be honest. All the popular stuff is sounding the same. It’s not even real music! Everyone is fuckin’ rapping over shit beats. I don’t know, I feel like the late nineties and early two-thousands were a good time for rap.

Yeah! A lot of artists from that era had a stable blend of lyricism but the beats were still fun and danceable.

Yeah, now it’s just people rapping over the same thing. You can go to a Drake or Migos album and there might be one song that sounds different from the rest. Maybe Kendrick is the only new one, like on Damn where the songs range a bit.

Did you like that record when it came out? Had you always been a fan?

Always! His style reminds me of that early 2000’s stuff I like. A good blend of styles. Like when 50 Cent or Eminem came out, or Dr. Dre, it was all booming and for me sounded so good. Hip-hop today is like rock ‘n roll was in the eighties. Everyone is doing it. Now everybody's doing rap. 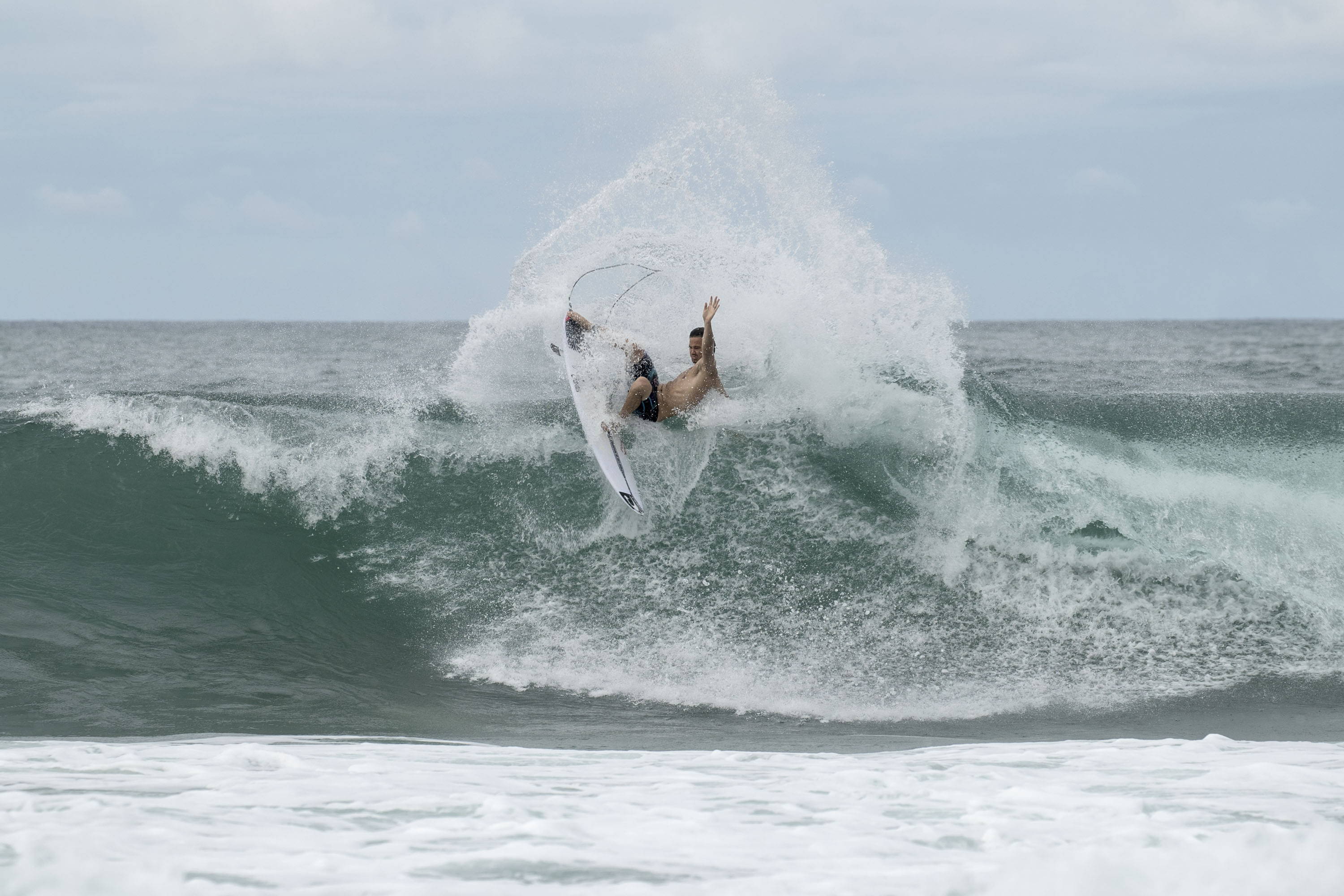 When you go on a road trip, what’s getting played in the car?

It depends on how early we wake up. If it’s too early I like it silent, when the coffee hasn’t kicked in. (Laughs) Just turn it all off. But I get what you mean about road music. It’s like a bookmark in life. When you go on a trip with someone and hear a song a couple times, you can hear that same thing twenty years later and immediately remember where you were. The specific road or rental car or whatever. You know what I mean?

Yeah totally. It triggers memories of a specific trip or person you were with.

Yeah! And you remember this or that, like a specific yellow truck or whatever. Just a song can bring back that stuff. And you probably wouldn’t have thought about it if the song wouldn’t have come on.

So you’re notorious for having a pretty heavy shoe collection. Was this something you got into growing up?

Yeah, it started from day one! In my neighborhood where I grew up, everything was about being as dialed as you could. I was young and we didn’t have any money or anything, so it was hard. You would see a pair in the window and just stare. Like damn, now I’m fortunate enough to be able to afford a few pairs, but it’s a blessing and a curse. (Laughs)

That’s pretty cool though, full circle in a way.

Yeah! All my friends like shoes, it’s just fun to get into. Right down to the materials, the souls, the construction of it, the story behind the scenes with ad campaigns and marketing. But lately, I’ve been fading in and out. Things have kind of blown up a bit. Shoes are getting so hyped before they sell. That kind of destroys it for me, as opposed to people just liking what they like.

So you’re saying the campaigns have overhyped the product in a sense?

There is so much resale happening. Full markets, like people making a business out of it. People aren’t copping them to wear. They just buy to make a buck.

You’re not the guy who leaves them in the box?

I used to be like that, but a while ago I stopped and decided I was just going to buy to wear. If I still have them after I wear them out, then so be it. Wear them forever. Now there is slowly starting to be a change, with sneaker stores making you leave the box at the door or walk out in them.

It kinda stops things from getting weird with resales.

Yeah, it just boils down to how good the shoe is and how many people actually like it. Cuz’ if not, you have a thousand people lining up and only thirty actually want to wear the shoe. The rest of them just want to make a buck, they don’t really care about the sneakers.

I loved that video of Mark Gonzales skating in Yeezys and just tearing them up.

Exactly! At the end of the day, it’s just a shoe that’s made to be worn, walked in, fucking ran in, whatever. I think people have lost sight of that now, especially giving in to the five or ten grand resale prices. And it costs way less to make.

You could buy a car for that much money! Have you dug some of the Vault reissues Vans has been doing?

Jerry Lorenzo from Fear of God did one that I really liked. I think it’s kind of turning into a staple now with different colors. His designs are great in general. There is something coming out at the end of September with Nike that looks cool too.

Was there one pair of shoes that you wanted as a kid and have been able to buy now?

Probably the Jordan 3’s. The black and cement ones. I remember I had a pair when I was really young and I was skateboarding in them. They got really trashed and I just ended up throwing them away. Years later, I just wish I had kept them. But at ten or eleven years old a kid doesn’t think like that. You’re just thinking skateboarding or whatever. For the pure purpose of shoes. I bought them cuz’ I liked them at the time, with the elephant print and everything. Skate them and throw them away. You’re done.

That time frame when you’re a kid is fun. You just trash stuff and move on.

And now as adults, we walk around with these pristine shoes and kind of lose sight of things. I always liked guys that wear Converse and just beat them into the ground. They look better.

I remember being a kid and seeing The Strokes wear these old, torn Chucks. It just makes you feel good about having beat up shoes.